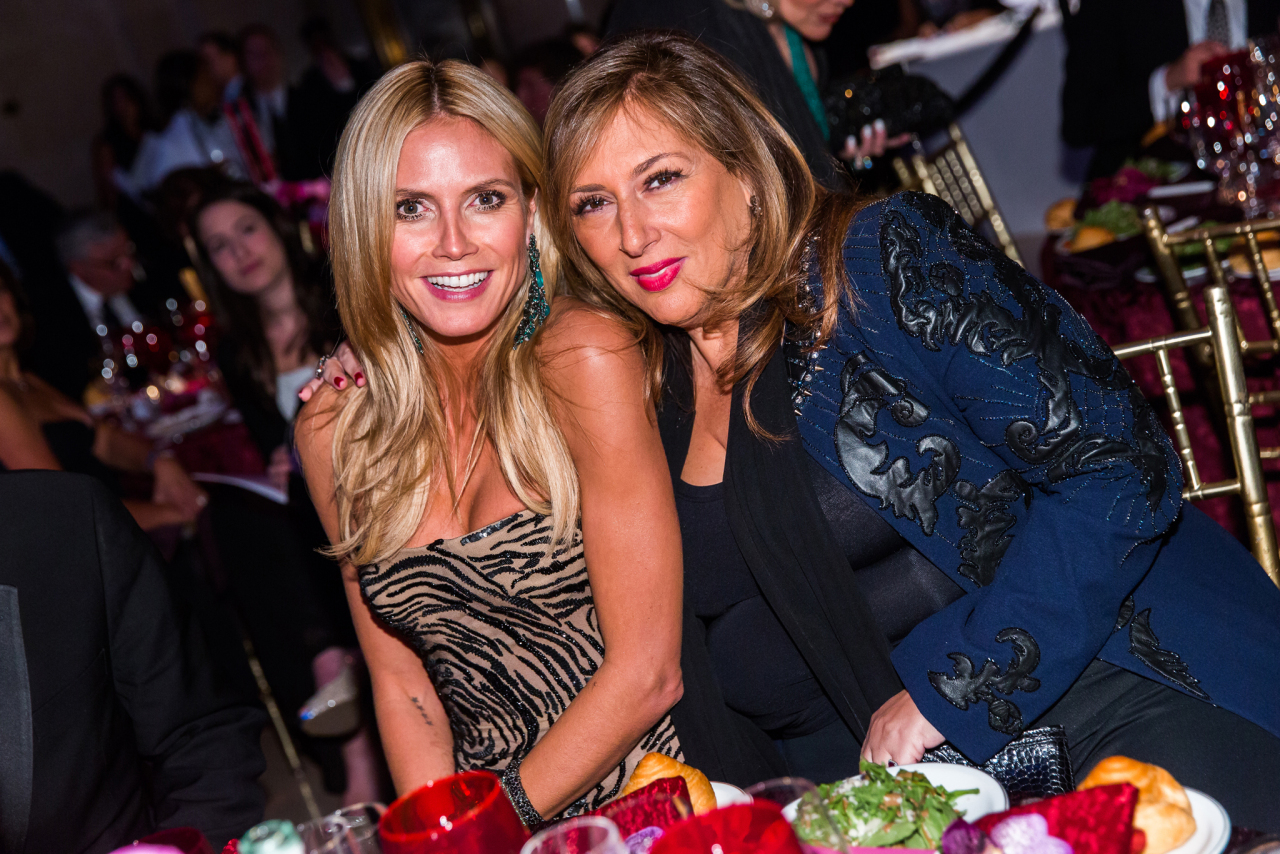 On Monday night, an eclectic crowd was shuffling around Cipriani Wall Street. There was Ivana Trump but also Patti LaBelle and Usher and Star Jones and, interestingly, the Democratic political operative James Carville.

The reason was Denise Rich, the songwriter and socialite. Rich’s social circle extends far and wide — she’s written songs for LaBelle, for instance, but she’s also infamously a big Democratic party donor, which explains Carville’s appearance. In any case, when she throws her annual Angel Ball, which raises money for cancer research and the foundation she created for her late daughter Gabrielle, she can count on all her friends and associates to turn up for support.

Among the honorees were Heidi Klum, NASCAR chief executive officer and chairman Brian France and his wife Amy, and economist Jon Orszag — who once served under President Bill Clinton — and his wife Mary Kitchen.

Klum teased her costume for her popular Halloween party. “I just have a crazy brain I guess. I just keep thinking of wild things to do. People expect for me to have something fun,” she said, before her nervous publicist stopped her short, should she give too much away.